A Vestige of the Past 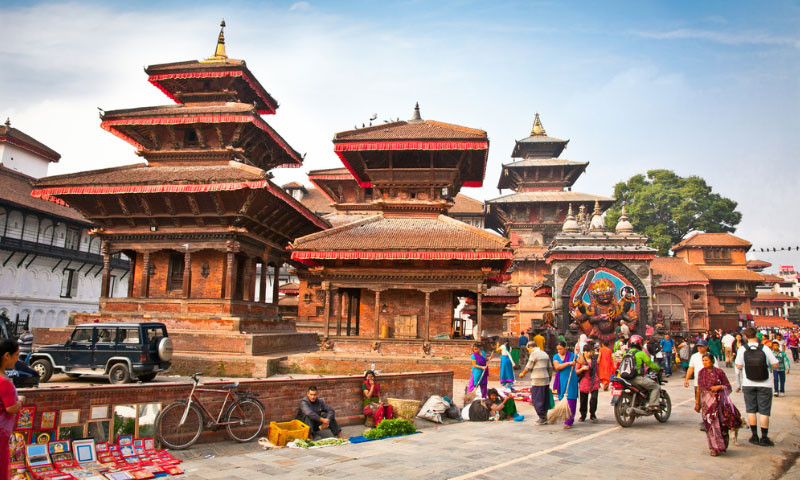 Kathmandu is an epitome of traditional Nepali architecture; various monuments of historic relics are preserved for its architectural and cultural importance. The well-known and enlisted UNESCO Cultural World Heritage Site, the Kathmandu Durbar Square, is a vibrant hub for various social and religious gatherings and a familiar touristic spot.

The royal durbar was once home to the Malla and Shah Kings, it was here within the palace courtyards the royal heirs were officially coroneted. Many antique architectural structures, temples, courtyards, shrines and statues surround the once royal palace. Evinces of the Newari artistic skills are artfully depicted on the detailed woodcarvings that lace the palace and temples.
For many years, this cultural heritage site has been hosting many cultural celebrations. Here the age-old tradition of religious festivities are conducted with much vigour, the Seto Machindranath, Indra Jatra and Gai Jatra are some of the popular festivals celebrated yearly.

After the 2015 earthquake, several temples and historic sites where severely damaged. The renovation of the temples and monuments will take years to complete. Drawing its architectural inspiration from the European aesthetics, Gaddhi Baithak is one such structure that has been restored recently.

Right beside the Hanuman statue, the protector of the palace, is the gateway to the Hanuman Dhoka Durbar Museum. Unfortunately, the main wing of the museum is closed due to damages from the earthquake, while the adjoining wings are under renovation. A part of the museum is now open to visitors, where few artefacts along with the details and images of the damage caused upon the historic site by the earthquake is exhibited.

The very much talked about and renowned celestial being of Nepal, the Kumari, resides nearby the durbar. Many visit the Kumari Ghar to receive blessings from the living Goddess while others come to witness the young deity’s powerful presence and aura.
The Kathmandu Durbar Square is a huge complex, a historic museum, filled with many beautiful ancient pieces of the cultural past. Take your time to soak in all the historical knowledge and breathe in the spectacular architecture that the royals have left behind, as reminders of the past.